The British artist and filmmaker Derek Jarman has been in the press quite a lot recently, despite passing away in 1994. A concerted effort by a range of celebrities and an urgent public appeal has gathered the funds required to ensure his home and garden have been saved. The 10-week arts crowdfunding appeal reached its target of £3.5 million in funds on April 1st, and the cottage in Kent can now be preserved for future generations. Jarman’s cottage is seen as an important, historical point of architecture due to his importance in many different threads of life.

Jarman was a leading British artist and maker of films, creating such classics of British cinema as Caravaggio, Jubilee, Blue, and The Last of England. More than just a filmmaker though, Jarman was well-known as a distinguished painter, set designer on some classic films, a political activist during turbulent times in the political landscape, and as a writer. He was also regarded as one of the best around for his work in the relatively new form at the time of music videos, working with classic bands such as The Smiths and The Sex Pistols.

The former fisherman’s cottage, Prospect Cottage in Dungeness, Kent, was first bought by Jarman in 1986. This was the year the gay rights activist was diagnosed with HIV, and he continued to live there until his death in 1994. After that date, his long-time companion, Keith Collins, would look after the premises until his own death in 2018. In January of this year, Art Fund decided to launch a public appeal to help save the cottage. The appeal saw over 8,000 public donations, with rewards on offer such as works of art by Isaac Julien, Wolfgang Tillmans, Michael Craig-Martin and more. In total the appeal reached a fund over £3.5 million with donations from charities, foundations and philanthropists following the initial drive of the campaign.

Many of Jarman’s friends came to the cause, with the most celebrated that of Tilda Swinton (who was a star in his films), as well as Sandy Powell, who was seen acquiring signatures from major celebrities on the red carpet at the Oscar ceremony this year. The signatures were written on her cream calico suit and ended up with over 200 signatures from some of the leading lights of the big screen, such as Spike Lee, Laura Dern, Leonardo DiCaprio and Bong Joon Ho. The suit was later sold at auction for £16,000. 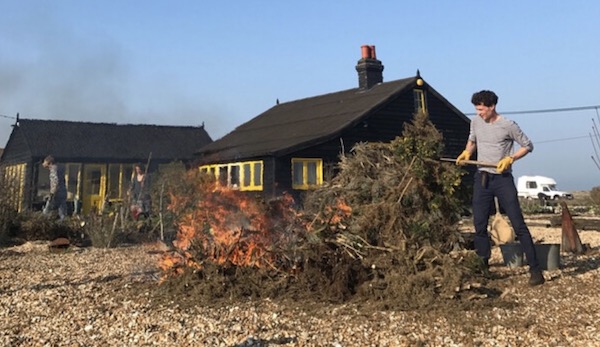 The success of the campaign means that Art Fund has the means with which to purchase the cottage outright. It can be preserved with a view to funding a permanent public programme that allows for residencies for gardeners, writers, artists and other creatives. Tate Britain will be tasked with looking after the archive that Jarman left behind – including a treasure trove of items including his sketchbooks, letters, photographs, drawing and notebooks.

Architecture of significant cultural importance, such as Derek Jarman’s cottage, should always be preserved wherever possible. Architecture and design play such a big part in all our lives and we should cherish those special places where these ideals are accentuated.

Home Sanitization: Signs You Need It and How to Do It

You may have missed

Home Sanitization: Signs You Need It and How to Do It